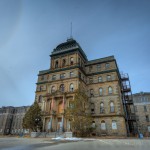 Peace on the Outside 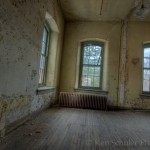 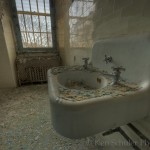 Wash Up Before Dinner 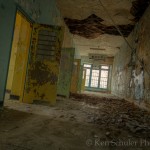 Closing the Door After the Horse Got Out 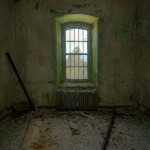 It’s Safer on the Inside

I Need Your Light 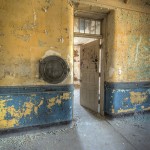 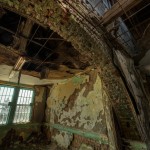 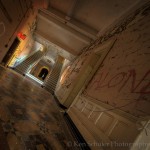 Split Down the Middle 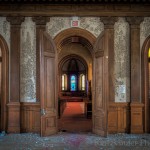 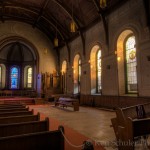 Service of the Lord 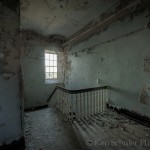 In Case of Fire, Use the Stairs

My Ticket Out of Here 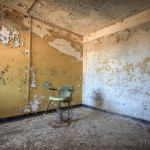 A Little of the Top 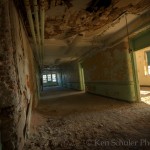 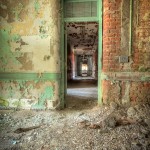 Originally opened on August 17, 1876 and built on the Kirkbride plan to house 600 mental patients. In just 4 years after opening it was already over capacity. By 1887, the exercise rooms and attic space were converted to dormitories to create extra rooms for the influx of new patients. In an attempt to relieve the further overcrowding, the Dormitory Building was built behind the Main Building in 1901. It, however, wasn’t enough to alleviate the problem and thus in the same year the dining rooms on each floor had to be converted into dormitories as well. 13 years later, in 1914, the facility housed 2,412 patients, but now had an absolute maximum capacity of 1,600.

Patient numbers are believed to have peaked in 1953 with an impressive 7,674 people packed into spaces designed for significantly fewer. An explanation for this dramatic increase can be found in the fact that World War II had ended and left many soldiers requiring treatment for post-traumatic syndrome, which included procedures such as insulin shock therapy and electroshock therapy. This asylum was one of the few places in the country capable of treating such patients.

Finally, on September 8, 2005, the doors of this madhouse closed forever.