Nature takes Her Own 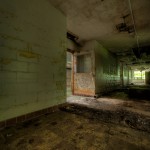 First Door on the Left 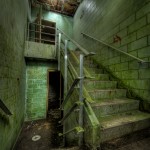 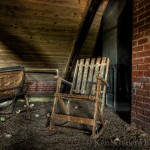 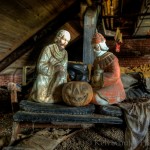 Praying to the Pumpkin Jesus 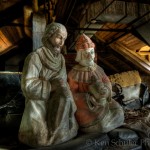 The Wise Men were Held Up 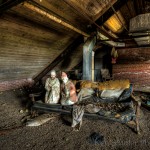 When the Season is Over

His World was Reduced to One Hall 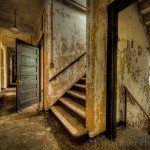 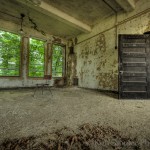 Life in the Dayroom 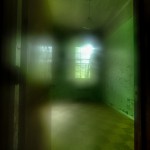 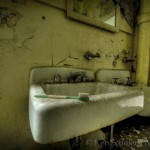 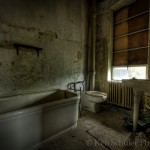 Seat with a View

And then it Began

Get to Know Your Neighbor

When it opened in 1917, the merged institution had 402 students in residence. By 1932, the resident population had grown to 1,070. During the depression and World War II, demand for its services increased, resulting in both overcrowding and long waiting lists for new enrollments. Staffing levels increased during the 1960s as philosophies on treatment of developmental disabilities changed, and there were 1,609 residents and 875 full-time staff as of 1969. During the 1970s and 1980s many residents were relocated from dormitories to on-campus cottages or to group homes located around the state. By 1976 the resident population had dropped to 1,106, and by 1991 just 141 people remained as residents. In 1993, after numerous lawsuits concerning the conditions of the hospital, Mansfield Training School was closed.