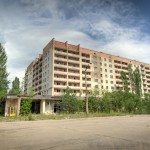 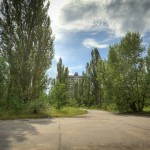 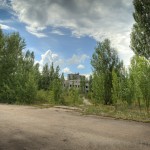 The Absence of People 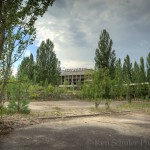 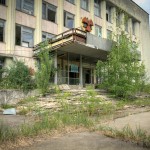 The Ministry of Gamma 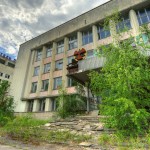 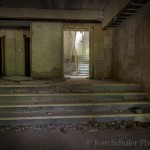 The City, from the Ledge 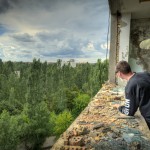 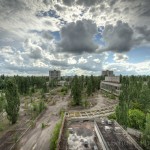 Center of a Once Great City 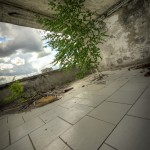 The Highest Tree in Pripyat

I Approve this Selfie 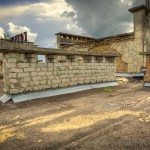 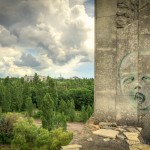 No Use Crying Over Spilt Isotopes

Our first glimpse of the famed city was of the square. Before the disaster, this would have been bustling with citizens day and night. The square included fountains, housing blocs and even a nightclub. We will visit those areas later
Founded in February 1970, this was the ninth Soviet nuclear city. It was designed to be a place where the workers of Chernobyl could live and play.

Wikipedia reports the following stats:
*Population: 49,400 before the disaster. The average age was about 26 years old.

*Healthcare: 1 hospital that could accommodate up to 410 patients, and 3 clinics.

*Trade: 25 stores and malls; 27 cafes, cafeterias and restaurants could serve up to 5,535 customers simultaneously. 10 warehouses could hold 4,430 tons of goods.

*Culture: 3 facilities: a culture palace, a cinema and a school of arts, with 8 different societies.

The first stop was the government building, to the roof to view our adventure for the next three days. Please enjoy!